We are trying to give you an insider’s look into the weekly twists and turns of the Investment Grade Corporate Bond market, and we have our own particular language to describe them. We don’t want to “dumb it down” since we’re pretty sure readers will catch on. But to help you get started, here’s a quick list of terms that you will probably see on a regular basis.

Basis points: you’re a CFA, you know what that is

Excess Returns: credit returns relative to similar duration treasuries. If spreads move tighter, excess returns will be positive. And that’s what you want if you are long credit.

Price Talk: Where the market thinks a new deal might price. Officially, this is always unofficial.

Book: refers to the order book for a new deal. During the marketing period (which generally lasts a whopping 2-3 hours), the syndicate will build an order book, which they hope will be bigger than the amount of debt the Issuer wants to bring to market.

Oversubscribed: that’s what happens if the syndicate was successful in building the book. This is generally positive, because it means the deal should perform well. It also means you probably won’t get all the bonds you want, so that’s negative. Nothing is ever straightforward, is it?

Just remember – we only use jargon to intimidate you.

The Fed’s no-taper surprise on Wednesday sparked a mini-rally in investment grade corporate spreads. Banks, especially some of the higher-beta names, led the way – 10 year paper was 5-20 basis points tighter. Even though equity markets faded the news by Thursday, credit spreads continued to move tighter into the end of the week. The only sector that seems to have stepped aside is Telecom, where spreads of some of the bigger names lagged the overall market. Given the enormous success of Verizon’s record-breaking deal last week (yes, we are still talking about it!) the market is contemplating what other large, transformative deals might be lurking in the wings. While the Verizon bonds continued to perform, other names in the sector showed some nervousness.

On the supply front, we saw about $20 billion in new issue, with a little bit of a skew towards 3-year paper. That looks to us like a pretty average week. As has been typical for the past few months, early price talk on the deals looks attractive, a nice book builds, then the price gets cranked in, and everybody gets cut back. But demand feels pretty solid, and most deals have performed well, so we probably shouldn’t complain. The market is expecting another $15-20 billion next week, which could lead us to the largest month ever in investment grade new issue. At least for now, we are “risk-on” in the credit markets.

Last week the Federal Reserve surprised nearly everyone when it decided to delay the so-called “Tapering” of its asset purchases after communicating to the market that it likely would do so earlier in the year. While we are not Fed watchers (we prefer watching the Vikings, albeit the Vikings may be more painful to watch), count us as one of the surprised by the Fed action. We thought that one of the recent goals of the Fed was to become more transparent, which up until recently we believed it was successful in doing. Markets were better able to anticipate Fed moves and the Fed could see the market’s reaction to its policies, or potential policies, on a real-time basis. Not a bad deal eh?, as we say in Minnesota.

Some would say because of this the credibility of the Fed’s transparency been called into question. If so what will be the fall-out? The markets anticipated a tapering and sent out what we considered a rational price signal by moving the prices of interest rate-sensitive assets. Now those decisions likely will be called into question. And as we all know, Mr. Market doesn’t like surprises.

Therefore our question to you is what will happen next time the Fed telegraphs a potential tapering? Will the markets take the Fed at its word and treat this as a one-off after a likely change in Fed leadership or will Fed announcements in the future cause as much seemingly random behavior as a Christian Ponder pass? What do you think? 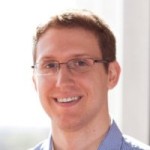 The CFA Society of Minnesota is pleased to present a new interview series: “Not Your Typical Charterholder.” The CFA® Charter has become the most respected and recognized investment credential in the world. Members of the CFA Institute are part of a global community and have access to a network of investment professionals with unique backgrounds and diverse perspectives. After chatting with a local CFA® Charterholders, you’ll likely find that this holds true right here in Minnesota. Therefore we introduce this new interview series showcasing local CFA® Charterholders, giving them the opportunity to share with you their background and why they chose to earn this designation.These interviews are here to help up-and-coming financial professionals gain insight into the industry from those who have already begun advancing their careers.

Jayson Alexander is an investment professional and recently received his CFA Charter in November 2012 and currently works as an Investment Research Specialist at JRA Advisors.  He previously held positions as an Equity Research Analyst at Disclosure Insight, Inc. and as a Customer Service Representative at R.R. Donnelley. END_OF_DOCUMENT_TOKEN_TO_BE_REPLACED