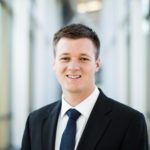 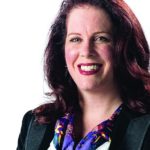 Following up on our last blog post about the member engagement project we’ve been working on for the better part of the past year, some of the key themes that emerged from Spark’s interviews with CFA Charterholders about your member experiences include:

Looking to the quantitative data, the top benefits members identified include:

Volunteering and giving back to the profession are clearly very important to charterholders. As one interview subject said, “I want to be part of the group that takes the Society to the next level, wherever that is.” That is a common sentiment. People who’ve been involved in the CFA Institute Research Challenge are particularly enthusiastic. However, because of schedule concerns, members would like even more one-off or low-commitment options.

Several people also noted that they are aware that CFAMN has a small staff and said they would be okay being asked to volunteer for a specific task, not just come up with ideas. Staff members also know that passionate volunteers are the key to program success, so finding more volunteers – and finding out more about what they’re passionate about – is critical, and “smaller” volunteer opportunities are a good on-ramp for new volunteers.

Of course, one doesn’t collect and analyze data as an end unto itself. The next question becomes: What are you going to do about what you learned? Over the next several blog posts, board and committee members will share their thoughts on that question, and the series will conclude with a roadmap post about where the Society and the Institute plan to go from here.

What keeps you up at night? And what can CFA Society Minnesota do to help?

About nine months ago, CFAMN engaged Spark Consulting to try to find out.

The timing of the project was inspired by some technology changes the CFA Institute is making that will help the Societies and the Institute work together and share data better to help members like you achieve your most important goals and solve your most pressing problems.

Society leadership proposed questions we wanted to try to answer such as:

Over the course of the summer of 2017, Spark’s CEO Elizabeth Engel interviewed four members of the board of directors, 15 charterholders, and the Institute’s Society Relations staff; and spent two days in Minneapolis meeting with CFAMN’s staff, board of directors, and membership committee in person (she also had the opportunity to attend our summer social and learn about lawn bowling). Engel also reviewed CFAMN data, including the results of several years’ worth of member satisfaction surveys and event evaluations, the Society Data Book provided by the Institute, our current strategic goals, and member program use and other demographics over time.

By the time Labor Day rolled around, she had learned a number of things about our members and your needs:

What does all that mean?

We’ll be running a short series of blog posts over the next two months or so, sharing some more findings from the project, allowing board of directors and committee members’ to tell you their thoughts and reactions, and discussing the roadmap of where CFAMN and the Institute plan to go next in helping you continue to advance, personally and professionally.