Those of us who are packrats (it’s harder to identify one these days, when PDFs pile up on the computer rather research reports being stacked on desks in plain sight) sometimes actually go back and look at some of what we have saved – just as we imagined that we would.

If you are of a certain age, the cache of documents might provide a certain nostalgia, some historical perspective, and quite a bit of “shoulda, woulda, coulda.” Just today, I found an interesting article on Michael Milken from a 1986 issue of Institutional Investor, a 1977 Morgan Stanley piece by Barton Biggs on the craft of asset management, a “conversation with Richard Feynman” on a range of interesting topics, and articles that had been copied on a “Xerox machine” which argued back and forth about whether active managers could beat the market (some things never change).

I also discovered a page of notes written in my own hand, from thirty years ago, with the title, “An Evening with __________.” I was pretty new to the business at that point; the small cap growth portfolio manager whose name was in the blank was on a rocket ship of performance and business success.

The night had started out in a dismal fashion. We were to be hosted by a broker at Il Mulino in New York City, one of the hottest places in town, but when we got there we found that a pipe had burst and that we would be dining elsewhere. (As we left the restaurant, we informed a man getting out of a taxi that he was out of luck. He waved us off and said, with an air about him, “I’ve got a reservation.”)

We walked down the street, found another place to eat, and had a great conversation. With a few explanations and clarifications [which are added in brackets], these are the notes I wrote down shortly thereafter about the advice that I had received:

“Learn all you can, find yourself, fit your style to yourself.”

“Don’t let it get to your head if you do well.”

“Play the game and have fun – you gotta like it.”

“Use everyone, even contrary indicators.”

“[Ask yourself], which small companies will get to $1 billion?”

[At this point, there were a few disparaging comments about the investment abilities of some of my co-workers, including one he called “a stopped clock”.]

“Ask questions; don’t worry [about how you’re being viewed]; one in ten will catch a management off guard.”

[Then, in my notes, there was just the name of a person; I’d love to remember what was said about him.]

“Learn the basics; adapt your style; be unique.”

All these years later, it is interesting to read the portfolio manager’s comments – and to think about them in light of the events of his career as it unfolded, and of my own.

When I encourage young analysts to study other investors and learn from them (even over dinner), I sometimes forget to tell them how personal the advice they receive will be. The notes I found matched the man I watched in subsequent years – focused on high-risk, high-return companies, entrepreneurial, outspoken by instinct, and, it should be said, lucky in a number of respects (although he took advantage of that luck when it presented itself).

His advice would be ill-fitting for so many (after all, you should “fit your style to yourself”), and parts of it match the world of 1985 better than that of 2015. But it stands up pretty well overall.

I knew I saved that sheet of paper for some reason.

Click here to read “Low interest rates have us in uncharted territory,” a recap of Jim’s presentation by Star Tribune columnist Lee Schafer. 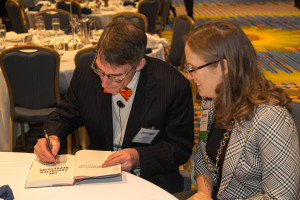 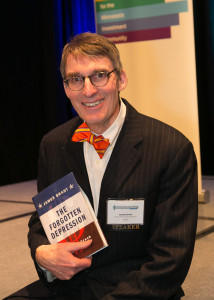 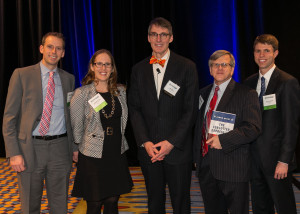 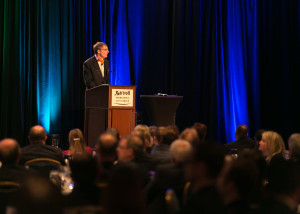 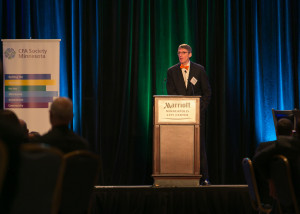