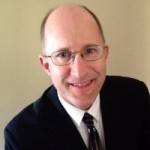 The 100th anniversary of the start of World War One (WWI) was a couple of weeks ago. Therefore I am reading the classic book, “The Guns of August” about the first dramatic weeks of the war from July-September 1914. Strangely enough, I did see some parallels in investing with some of the decisions made in those fateful weeks.

Years before the war even started both the Germans and the French had crafted meticulous war plans. The Germans had the Von Schlieffen plan and the French had “Plan 17” (which sounds like the title of a famously bad 1950s horror movie) which was crafted in part by Gen. Joffre. The Von Schlieffen plan required the Germans to bypass French fortifications near the French/German border by invading neutral Belgium and eventually northern France. The French, anticipating this in Plan 17, decided to attack the Germans in the middle of their lines near the Belgian Ardennes into central Germany thereby protecting France by putting Germany on the defensive on their home turf.

Early on in WWI both Germany and France rigidly stuck to their plans, which was one key reason WWI flamed out of control so quickly—those plan timetables must be met and, according to the military, should not be altered. Then as the war progressed both sides due to either favorable short term opportunities on the battlefield at the time, or out of panic by certain commanders, led to changes in the plan that were unthinkable just weeks before. This may have ultimately lengthened the war that led to disaster for both sides.

This, in an odd way, reminded me of investing. We all have investment plans and processes that we adhere. I am not talking about agreements about investment styles and parameters we have with clients/investors, which are sacrosanct. I am discussing about the way we invest, the way we think, and the way we profess to execute our plans to meet those investment goals.

Occasionally throughout the course of the investment cycle, situations arise that can cause us to consider temporarily deviating from our preferred and often proven investment strategies. One such example is what we commonly call a “trade” which is, or at least should be, a short-term bipolar event that has defined exit strategies—it works or it doesn’t and regardless it’s a short term position. Continuing the trade example, one mistake I made a while back was when a trade went against me and I did not exit. Instead, I added to the position thinking that if I liked the stock at the price I purchased it I should like it even more now at the lower price, essentially making it an investment instead of what it was: a trade. Using the WWI precedent mentioned above, I let a short-term tactic slightly change my personal long-term investment process—at least for the duration of that holding. This ended up making my longer-term objectives harder to make.

Ever since then I have tried to avoid shorter term tactics unless I have communicated to myself and those around me clearly what the short term objective is. That way I try to give myself accountability in exiting my trade timely instead of trying to justify how a trade that went bad is now an even better long-term holding. I think both Von Schlieffen and Joffre would agree.

Lately you can’t open up any financial publication or website without seeing some investor prognosticate about what companies or industries are most ripe for this business strategy or that. Right now tax inversions are the craze. Just before the financial crisis it was private equity buy-outs. And divining potential stock buybacks never, ever goes out of style.

We wrote a little bit about inversions in the past. Is it a good business strategy? Perhaps. Lots can be said for lowering a tax bill and plowing cash back into new growth strategies such as new equipment, etc. or just plain giving the cash back to investors.

But is identifying potential investment candidates that might benefit from a change in business strategies like an inversion a bankable investment strategy? Not if that is your only goal in my view. However, in a strange way, I think looking at companies in that light is a healthy thing for the investment industry as a whole because it does get investors to get back to the basics.

How? The cynic in me sometimes thinks that we investors strive to make the due diligence process as complex and opaque as possible sometimes to justify our existence. Instead, I have always thought that the due diligence process was actually quite elegant—the vast majority of time we compare and contrast business models and structures. Period. And in reality, the differences in successful business models and structures are usually observable and repeatable across business sectors.

Often in my observation successful investments are based on answering a number of basic questions. These questions include but are not limited to: Does the model work over time? Is it differentiated? Is it defensible? Is it diversified? Do they have a solid business structure as measured by cash flows and healthy balance sheets to not only maintain but grow the model? Can a company change its capital structure to optimize those cash flows?

Ironically when I look at companies and think about if they are ripe for a tax inversion, I often start with those questions. Then I realize what I am really looking for is a well-run company that has a defensible business model that is difficult to replicate anywhere in the world, has the smarts to be fully knowledgeable of their business options, and has financial flexibility to endeavor those strategies. In other words, what I am looking for is a good, solid company that has a lot of solid options for its business. Tax inversion or not, that’s what we all strive to find as investors.