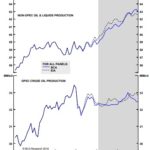 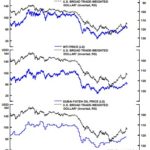 Last Thursday night we were pleased to welcome Michael Pettis, Professor of Finance at Guanghua School of Management at Beijing University, to speak at our Annual Economic Dinner.  He is perhaps the most sought-out speaker anywhere on the economic changes and challenges China currently faces.

First, addressing the gyrations in the Chinese stock markets over the past two years (first soaring more than 150% and then giving back all of that and more) he informed the crowd that the Chinese stock market is not a predictor of future profits.  Instead, it is a call option on the credibility of the Chinese government.  While foreigners may be blamed internally for market instability, he said, they actually account for just 2% of trading volume.

He then went on to describe the difficult transition China is currently undergoing.  He gave us a modern history of China in four stages, starting with the liberalizing reforms of Deng Xiaoping in the 1980s.  During that stage the government removed impediments to private market transactions.  Stage two was marked by an infrastructure investment program and was very successful. Because that sector had been long neglected, return on capital was very high at a time when the real interest rate on borrowing was extremely low.  As time passed, however, this fortunate set of circumstances changed.  The current stage, three, began several years ago as the value of new projects no longer covers the rising cost of capital.  In every other instance when this situation has occurred (Japan in the 1980s and Brazil more recently were cited), the country has ended up with a debt crisis as borrowing continues past the point at which it makes economic sense; internal politics make that transition too difficult.

The key point he made was that growth in China needs to decline rapidly to avoid making the debt situation worse.  At the same time, they need to promote domestic consumption so as not to have a depression.  Mr. Pettis stressed that the Chinese leadership understands the issue and that the reason for the government’s anti-corruption campaign.  The elites oppose reform (as they tend do everywhere, he stressed) so the government has had to centralize power so that it can implement the necessary reforms.  He emphasized that this type of transition has never been successfully executed in a command economy and is rarely successful in a free market economy.  He was optimistic that the Chinese leadership has done the right things needed to give themselves a chance of success, but their job was a tough one.

He predicted that Chinese growth will slow to 3% or less over the next decade.  That will allow debt to grow slower than GDP (it is currently growing more than twice as fast as GDP).  This will be a problem for global growth as the world already faces insufficient demand.  He believes that the global economy can still grow in a sub-3% Chinese GDP world, much as it grew in the 1990s with Japan growing at just 0.5% per year.  Pettis thinks hard commodity countries are going to continue to struggle as a result, but soft commodity countries can prosper.  He believes the ultimate impact of the Chinese economic transition can be mildly positive on balance, but that the benefits will be unevenly distributed.

Finally, he addressed the question of what makes a rich country rich.  He argued that rich countries have domestic institutions (i.e. private property rights, the rule of law, etc.) that enable citizens to be maximally productive.  By that measure, China is a long way away from being a rich country.

The audience was appreciative.  It was a great night marked by a very informative speech.

The event was also featured in the StarTribune. Click here to read the interview with Michael Pettis by the Star-Tribune’s Evan Ramstad, team leader for business coverage